Posted by 露露 on February 25, 2009
In October 2004, my boyfriend (at that time) and I had our first oversea trip to Hokkaido. The first stop was the capital city of Hokkaido, Sapporo. (not that beer, Sapporo, my friend)

We decided to have ramen for our first dinner in Hokkaido. Following the tourist guide we bought in Taipei, we came to the closest ramen restaurant to our hotel. This "Ramen Street" was called 新ラーメン横丁 near the Robinson Department Store in すすきの駅 (Susukino Station), just next to the すすきの交番 (the Susukino Police Box). 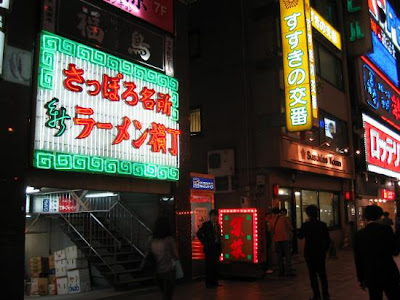 "Ramen Street" was not a REAL street. Actually this only had around 4-5 ramen restaurants on the first floor in a very general business building. This "street" was not clean at all and not many people, except this one we were heading to.

↓ this one was the last restaurant in the ramen street 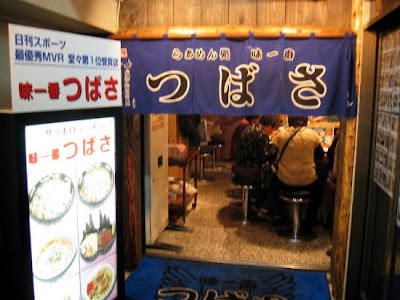 ↓ while waiting for the seats, I was reading the posters on the wall outside the restaurant. This ramen restaurant was the top on the list from a survey of one Japanese entertainment magazine. It got nearly 500 votes - so much more than the second one which only gained 219 votes. 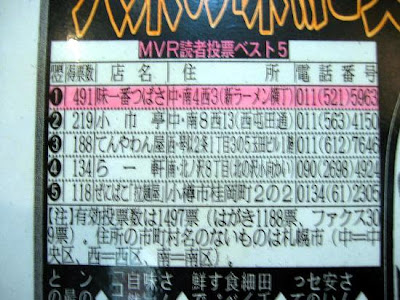 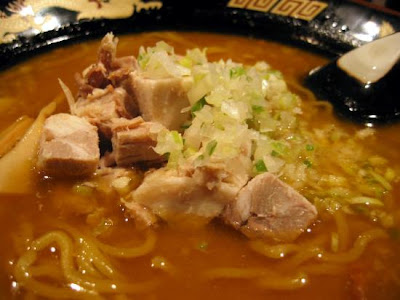 ↓ this ramen was miso flovour. The soup was very thick, with a little bit wine taste - I guess this taste was from the ferment miso. Again, the soup was too salty, unfortunately. 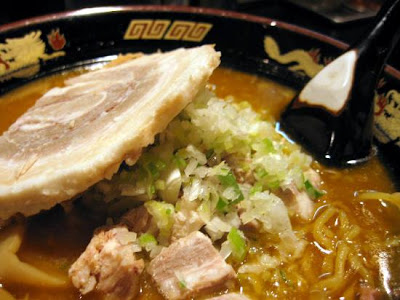