Posted by The Thirsty Pig on March 20, 2009
I was in downtown Los Angeles the other day for a seminar, and we decided to stop at Cole's for lunch. In the heart of downtown, it is right next to one of the newest and hottest lounges - The Association. . . I'll save that for another post. . .

With self-seating, first come first serve, I didn't expect to get a table. Yet after ogling at the meat craving area, we found a few seats at the bar. Personally, I like bar seating. At the bar, you can also banter with the bartender and watch sports. But bar seating is not good for dates.. . . I digress. . .

We each ordered a sandwich and a side. I got the pork with blue cheese and a side of mac'n cheese. My friends order the beef with swiss and cole slaw, and another beef with tomato soup. After a short wait, our food arrived. I noted a comparison to these sandwiches to the great pastrami joints in New York - Katz's and LA's Langer's. Those places pile the meat high. Both Cole's and Philippes's, Cole's unofficial competitor for french dips, modesty provide serving that is a bit smaller - yet more than consumable and stomach-fillable. The meat slices, from the pork is a lot thinner than the beef ones - probably due to the type of meat cut. I'm a pork kinda guy and I thoroughly enjoyed my dip. I tried the beef, but I think the pork is much better. The manner by which you eat the sandwich is to dip the sandwich in the Au Jus, the juices, prior to each bite. Oh, I almost forgot, their mustard - homemade, is to die for. I don't usually like mustard, but theirs had the added horseradish, for that extra kick. It was awesome. I'd come back just for the mustard on the sandwich. After squeezing and slathering mustard on the meat, inside the sandwich, I had some on the side to extra dip in. Unfortunately, the mac'n cheese was uninspiring. The cole slaw was fine. . .yet, nothing special.

Unfortunately, the parking is horrible. Only street and some 3 dollar lots, during the day. I suggest that you circle around the block nearby and hope for the best. The parking meters are also 3 dollars/hour as well. So, make sure you bring lots of coins. With a soda and a side with a sandwich, expect your bill to be about USD 15+ per person plus tip.

Another note, Cole's is not only a great sandwich place, but is also a nice Downtown bar. It's a great place to have a drink if you don't want the large club atmospheres. Downtown LA's Artwork, which is once a month, goes right by Cole's. It's a great place to eat before or after the artwork as well. Cole's sister bars in downtown also have similar vibes - Broadway Bar and Golden Gopher. These two bar/lounges are my personal favorites. 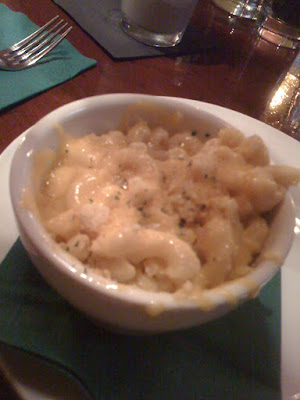 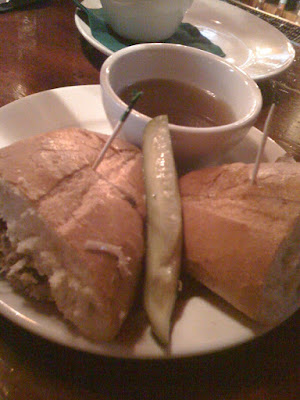 Click here to read more about me and my older posts.