Posted by The Thirsty Pig on April 11, 2009
Cha Cha Cha is a long time Los Angeles favorite. Not just for Latin Star - like Jimmy Smit, but all Angelenos alike. Cha Cha Cha is a Tapas restaurant specializing in Carribean fare. Tapas is a type of cuisine of little dishes, sort of like appetizers. Food is great with wine or Sangria.

Located just west of Echo Park and north of the 101, Cha Cha Cha is located right in neighbood where you wouldn't expect the best Sangria. I am willing to put Cha Cha Cha's sangria up against anyone else's Sangria in LA. . . .It's that Good!

But they also have food. . . pretty good food, too. When you get a chance, make sure you get the Jerk Chicken Pizza, Mushrooms, Fried Yuca, and the Empanadas. If only ordering for two, this is more than enough food. The Jerk Chicken Pizza is probably my favorite. The Jerk sweetness and spicyness is one of those things, when you think of it, your mouth starts to water. Traditional tapas is spanish cuisine. I always get the Yuca, as well. If you go with a larger group, try the paella. I'm sure you'll also go through a pitcher or two of the Sangria.

They have valet parking, since street parking is not readily available. Expect to spend about $30+ per person including alcohol. 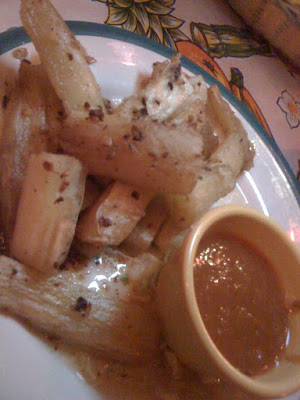 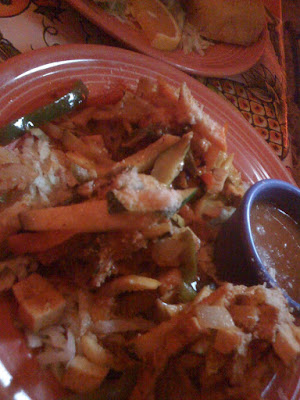 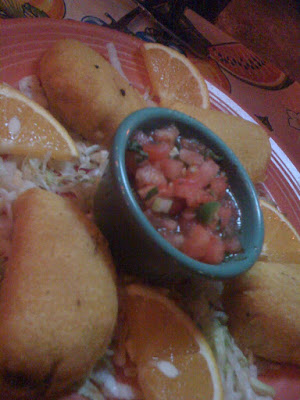 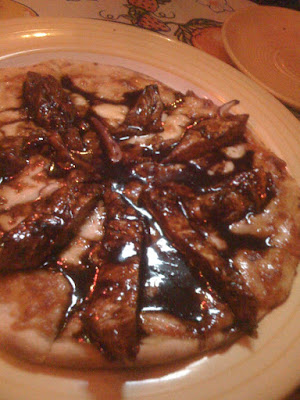