Posted by The Thirsty Pig on May 04, 2009
I first heard about this restaurant a few weeks ago on the Podcast - Good Food with Evan Kleiman. She was actually doing her weekly segment with Jonathan Gold. Jonathan Gold is the Pulitzer Prize winning food critic for LA Weekly. So, anything he says and write is "Gold!" Anyways. . .

I was at Bamboodles last week just to try the noodles. I had heard so much about the place that I couldn't resist trying. I drive by the place at least twice a week and never noticed it. In this small mini-mall, there is Yung Ho, which I just posted about, a speciality Chinese Hot Pot place - one of my personal favorites (i will post this one, hopefully soon), and anchoring the mall is a Cantonese seafood restaurant - which I have never been to. This little mini mall has some great restaurants, but has the worst parking situation. More than half the times I've been to this little mini-mall, I've had to park on the street, or across the street, or in the bank, after hours. So, when you do go, make sure you get there early to find parking.

Anyways. . .with regards to the food. We ordered 3 main dishes, a shrimp won ton noodle soup, a spare rib over rice, and tan tan noodles. The shrimp won ton noodles, in which they're known for, was the worst of the bunch. I think they do a better pork won ton noodle soup. Pork, in my opinion, is a better since it seasons the soup better. I am not a big fan of shrimp in general, either. Outside of the won tons and the soup, the noodles were quite good. They weren't under cooked, or over cooked. Though i know some people like under cooked noodles better, which means it is a little more hard and chewy. Soft ones (over cooked) are soft and can get mushy. To the next dish, the spare ribs over rice was the first to come out - which leads me to believe that they have a big pot already cooked and warming. I enjoyed the this dish the best - a rice dish at a noodle place, go figure. The bamboo serving "bowl" is a great presentation dish that gives the dish an exotic feel. Ordinarily, if you serve pork over rice in a normal porcelain bowl, you wouldn't get the same reaction. The rice and the spare ribs were cooked just right - but it was the little side dish of savory goodness that made the dish. There needs to be more dishes with savory goodness IMO. On another side note, in China it is known that those from the Northern China prefer noodles and rice is preferred in the South - which means I am from the South. Lastly, the tan tan noodles - which is a Shanghai speciality, is featured for $1 special, if ordered with an entree, was very good. I am a big fan of "dry" noodles, noodles without soup. This noodle dish wasn't too spicy, but had the right amount of flavor and wasn't overly wet (with sauce). This noodle dish is similar to Tsa Jiang Mein or in Korea - Ja Ja Mein. Anyways, with or without the special price, i recommend that you order tan tan noodles.

Anyways, just to recap, I would order the tan tan nooodles, the spare ribs rice, and perhaps the pork won ton noodle soup. Get there early, parking is a pain. Except to pay about $10 per head, no alcohol.

You can listen to the original podcast here - http://www.kcrw.com/etc/programs/gf/gf090425god_in_a_cup_food_an 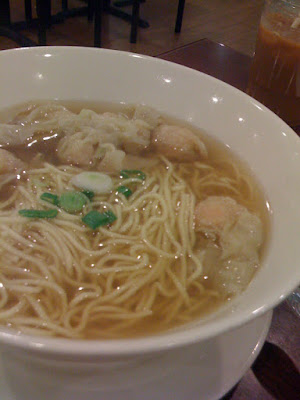 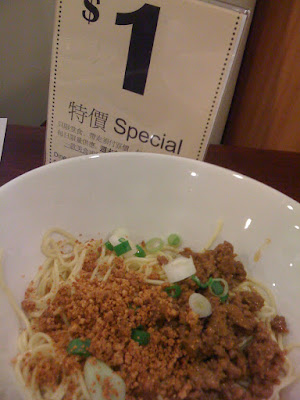 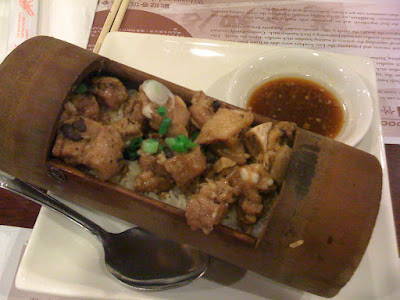