Posted by The Thirsty Pig on June 01, 2009
Located in the back of a mini mall in Monterey Park, L'Amour Cafe is a hidden gem that specializes in traditional Cantonese cuisine. Monterey Park has always been known for cantonese faire - especially with the late night cafes and dim sum palaces. But L'Amour Cafe goes away from that tradition to offer a non-cafe style ambience. They strive to offer higher quality selection without the expanse of a large banquet style dim sum restaurant.

My friend and I ordered the shark fin soup, the chicken soup, and ginger chicken. In addition, we also ordered the abalone. The shark fin soup is similar to that of the soup served in large banquet restaurants. Not exactly one of my favorites soups, I tend to favor clear soups/consumes that aren't too thick. They serve the shark fin soup with a side of rice and vinegar. You're suppose to add rice to the soup to thicken it. Not exactly to my liking. The ginger chicken - steamed to somewhat resemble the Hai Nan chicken rice - was quite good. I like the flavor of this chicken more than anything. In addition, it also has good texture. The white meat wasn't too dry either. I would fully order this again and recommend it to other people. The Chicken soup, which is more like chicken in chicken broth was also good. Comparable to the chicken soup from Din Tai Fung - I would argue that this soup is right up there. The abalone, which is a rarity in restaurants this small size, was a nice surprise. Abalone is typically expensive. Not exactly what I would order the abalone was good.

All in all, I would recommend L'Amour Cafe - for some quality Cantonese dishes. Parking is free. Expect to spend about $15+ per person. 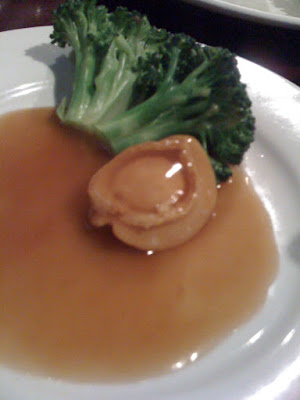 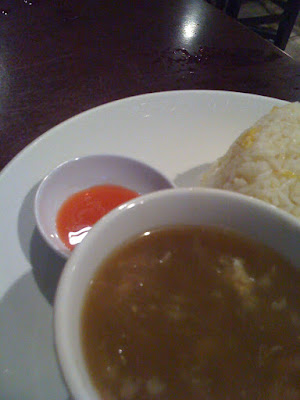 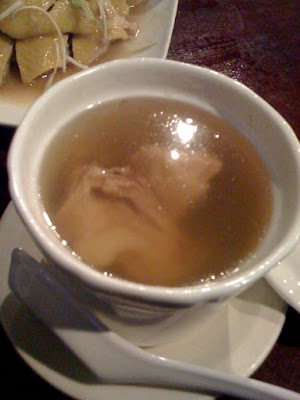 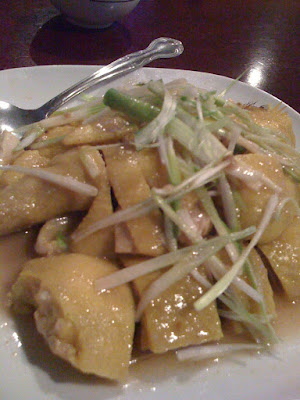