Posted by The Thirsty Pig on August 26, 2009
Don Chow's Tacos were located, last Friday, in a cool area of Silverlake. I didn't know that there was a hip crowd with some cool venues in that part of LA. I've been meaning to try all these different taco trucks. Don Chow is the third different one that I have tried this year - after Kogi and El Gallito.

Anyways. . . Lawrence and Dominic, of Don Chow's Tacos, feature Tacos, Torta's and Burritos, with Chinese "cooked and influenced" meats. They have BBQ pork and Kung Pao Chicken. They also feature a pretty good Shrimp as well. One of my favorite things in the whole world is BBQ Pork - cantonese style. But unfortunately, Don Chow doesn't do it that well. But the Kung Pao Chicken taco was pretty good. But unexpectedly, the Soy-Ginger Shrimp was really tasty and good. I don't usually like shrimp, but I had to try their asia inspired servings. The shrimp had good texture and was my favorite of the night. In addition, they had carne asada and carnitas - but there was no way I would order that tonight. I do regret that I didn't try their chimales - a Chinese-Mexican Tamales. I will have to try it next time. 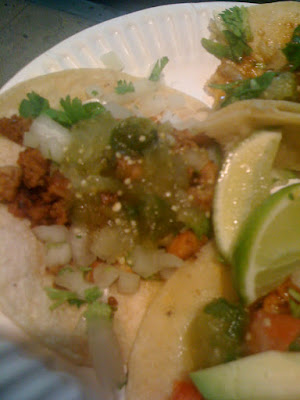 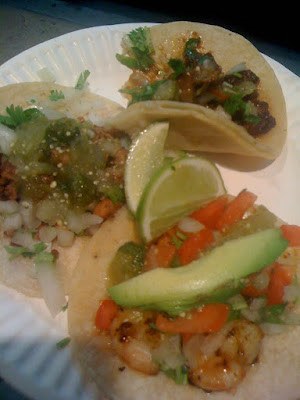 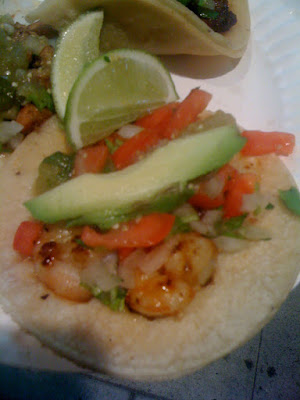 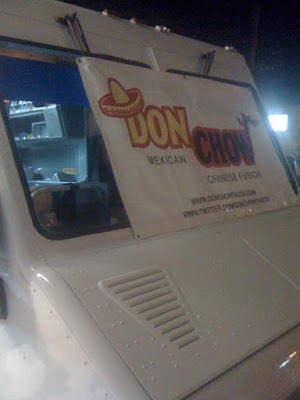 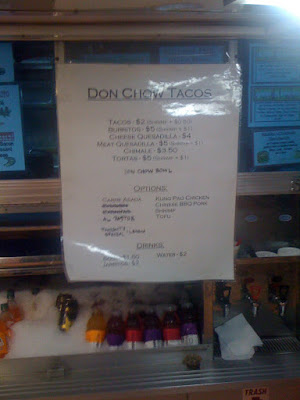