Posted by The Thirsty Pig on August 18, 2009
I first heard about Umami from from Good Food from KCRW. Almost anything that Evan Kleiman and Jonathan Gold says, I would almost want to try. In addition, I admit i was intrigued with the idea of anything remotely Japanese and with Burgers (though I am not suppose to eat too much red meat - more on that later).

Umami is the 5th taste, translated from Japanese and from their website. The four other tastes are bitter, sour, sweet, and salty. Umami is neither any of those, yet is most similar to salt. Salt merely enhances the taste of umami. From what I understand of tasting it and reading about it on wikipedia - Umami is like a natural MSG flavor. Some foods that naturally have the Umami flavor include mushrooms.

At this Umami Burger, open sometime last year, I had to try their signature Burger - naturally called the Umami Burger. Looking like a $10 gourmet burger, it did look quite delicious. The bun was quite big and seemed to hold it quite well. After biting into the burger, I realized the taste of umami. It was sort of bland, yet subtle with flavor. You could feel the texture of the mushrooms and meat blending together. Japanese people are know to eat with their eyes, rather than their mouths. In addition, they like the subtle flavors of food, rather than spicy hearty foods. This 5th taste might be intriguing to the most discerning palates.

Their fries and onion rings are really good and compliment each of the burgers. I did get a chance to try the pork burger - which I enjoyed a bit more than the Umami one. i would go back to Umami to have the other burgers, not necessarily the umami one. In Los Angeles, we are fortunate to have some many gourmet burgers. Though, I am not suppose to eat too much red meat, with my occasional bouts with gout. 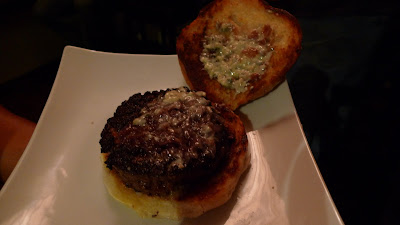 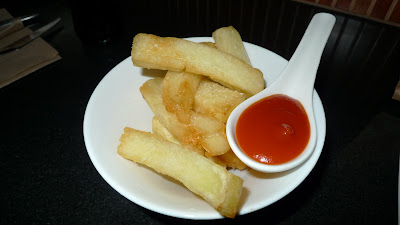 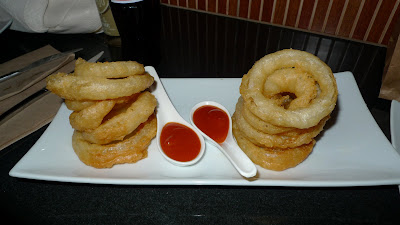 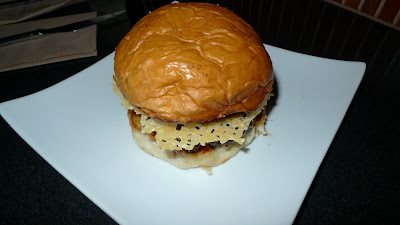 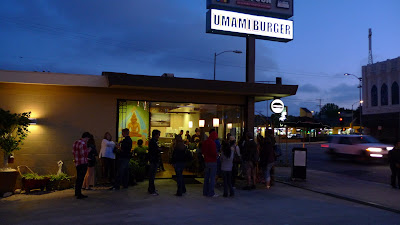