Posted by The Thirsty Pig on September 22, 2009
High School kids need to eat simple things like meat and some sort of starch - like bread, tortilla, or rice. They don't really want to eat vegetables, fruits, and healthy things. Taco Lita serves that purpose for growing kids in San Gabriel Valley.

Taco Lita is local high school hang out in the city of Arcadia. Been around for about 40 years or so. I was told that, at its peak, there were 15 other Taco Lita's in the area. Arcadia's location is the last of its kind.

I assume back in the 60's, Mexican cuisine was getting a foothold in Southern California culture with ground beef tacos & burritos were gaining acceptance with burgers. This bastardization of true south of the border food was making a killing with white America. But, here it was, thus here to stay.

I'm not saying that I don't like it. I did like it. In fact, my high school friends, none of whom were of Latino descent, all craved Taco Lita, even today. The simple ground beef with cheese burrito, with nothing else was the popular choice. Heck, I even ordered it with double beef - and yes, I know it is so bad for my gout. This oily concoction of goodness sans lettuce and tomatoes, probably helped me grow an inch taller. Taco Lita also has another special item - called the Lit Burger - same thing as a burrito but on hamburger buns. I don't tend to order this, but I know it is quite popular. As I write this, I am getting cravings for a Lita Burger.

I wouldn't suggest the quesadilla, since they are like a burrito but more oily and greasy. Its just cheese, and lots of it, in a tortilla, but shaped like a burrito. I shouldn't have ordered it last time.

And OMIGOD, did I tell you about the Taco Lita sauce? This stuff is great. Not spicy, but a bit tangy and vinegary. I know some people liken this to ketchup. But I dig it with almost anything. I even save it for other tacos and burritos. 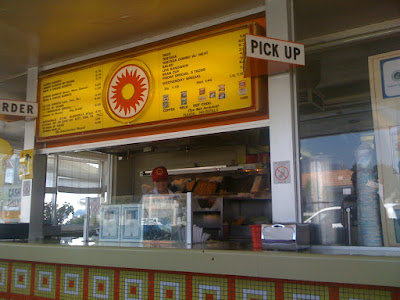 After 40 years, nothing much as changed, except for the pricing. 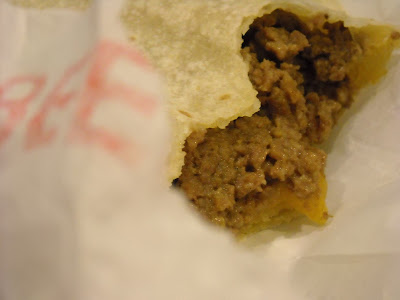 Here is the beef and cheese burrito. Just Beef and Cheese. YUMMY! Make sure you add their sauce. 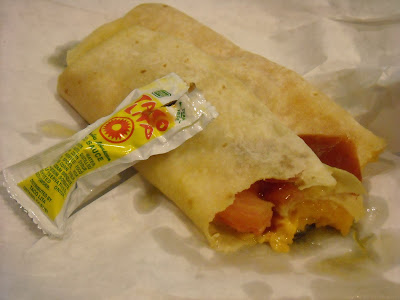 Here is their quesadilla with tomatoes and their sauce. A bit too greasy for my taste. 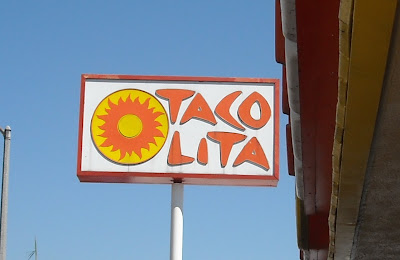 Look for Taco Lita in Arcadia. Ask anyone from Arcadia High School and they will rave about it.