Posted by The Thirsty Pig on November 23, 2009
On a chilly dark November night, an unsuspecting friend was smuggled into the unknown . . . Cav. My friends brought me for some drinks at a downtown SF wine bar called Cav. Nice little place with spray painted decor. 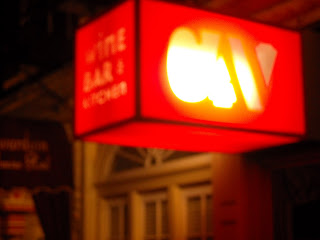 Look for the large Red lit box that says CAV. . . it might be blurry, too if you have been drinking prior.

To be quite honest, I don't remember too much about what I drank or what I ate. Though, we did order 3 different glasses of red wine - which I don't know anything about. But lately, I find myself drinking more wines, lately. Anyways. . .we also ordered some cheese, which was interesting. We also had dessert sorbet - red beet sorbet. I was kinda of apprehensive with the red beets sorbet, but at the end, you could almost say I licked the plate.

Anyways . . . the decor in the place featured subway motifs which went together with the long hallway-like room. Though the place is officially called Cav Wine Bar and Kitchen . . . I think most everyone was drinking and snacking, rather than having full blown meals, but I could be wrong.

With cheese and desserts featured on their menus, Port, Sherry, and Madeira wines were listed prominently. I know, even with my limited experience, that these wines are sweeter and go well with desserts.

Anyways. . . Cav is a nice place to go for a date. Though I saw one large group there, I don't think large-group-friendly. Parking stinks, as do other places in downtown SF. 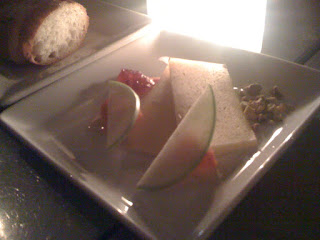 One of the cheese plates we had. 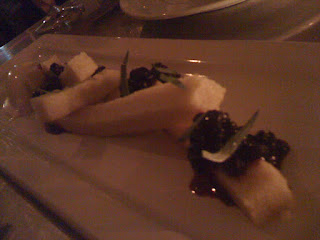 Another cheese plate. I wish I had better pictures . . .It's kinda dark in there. 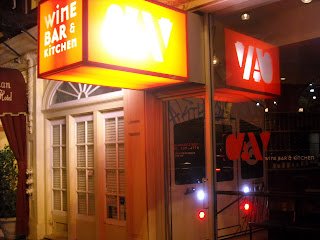 A better picture of the front of Cav Wine bar. 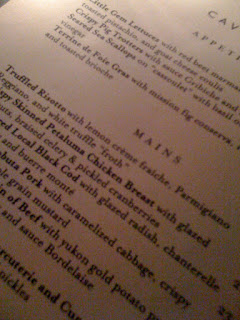