Posted by The Thirsty Pig on January 25, 2010
The first time I went to an ESPN Zone was in Baltimore, when the first one opened over 12 years ago. I can't believe it took that long for ESPN to open its first one in Los Angeles. I know there's on in Anaheim at Downtown Disney - but that doesn't count. 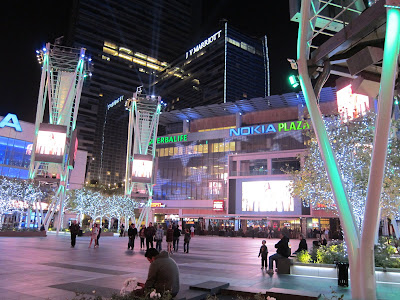 In the heart of Los Angeles at LA Live.

First off, I should say that you don't plan to come to ESPN Zone for the food. You come to watch the great sports games. You come to LA Live and ESPN Zone for drink before the game at the Staple Center. Or you could be here waiting for the movie to start a the nearby Regency Theaters or the show to start at the Nokia theater. But I doubt you will come to ESPN for just the food.

But I was pleasantly surprised. I know it is typical bar food what we ordered - the sliders, the nachos, and the baby back ribs. But it wasn't all that bad.

The nachos - this huge monstrosity of a appetizer, was scary. This could have feed a family. They piled the cheese, the sour cream, and the jalapeno peppers so high we ALL had to take pictures of it. It took two manly hands and arms to lift this thing. I do not suggest this for little children, they should be allowed to look at it. On top of that, once I started eating it, I couldn't stop. They have a some sort of derivative of crack in there, I suspect. I couldn't believe we almost finished it. I should have took a picture of that.

Then we had the sliders and the baby back ribs. The sliders were good - nothing special. I enjoyed them. Thank goodness we did enjoy them rather than not. But you know, Jack-in-the-Box has these sirloin sliders, which are even better. Sorry for mentioning a fast food place . . .

Anyways, the baby back ribs were our next target. They were not bad. Good size portion to feed an NFL lineman, but not your standard Joe. These portions were bordering on Claimjumper epicness. As should be expected of all baby back ribs, the meat tore off the bone tenderly. The BBQ sauce was tangy and fine. It was a good suggestion from our waitress.

All in all, the food wasn't all that bad. Though we were a little perturbed with the idea of the requisite minimum charge of $10 per person per hour on a big game day. We felt a little pressured. But it is understandable. 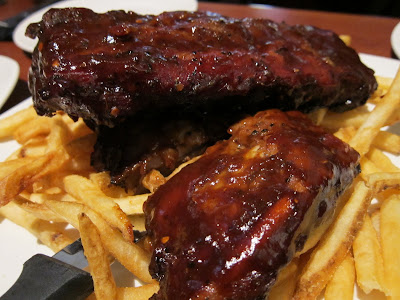 The Baby Back Ribs - enough to feed an NFL Lineman. The fries were pretty good. 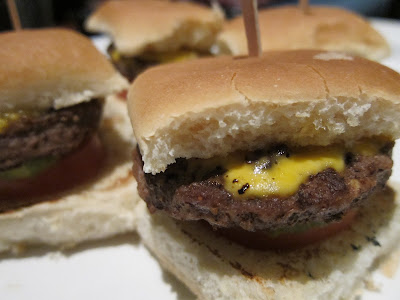 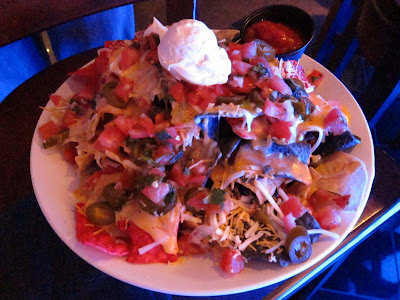 The nachos were probably the best I have had in a long time.