Posted by The Thirsty Pig on April 05, 2010
This week I will be reviewing food trucks in and around LA. I will be looking at the Border Grill Truck, World Fare, the Flying Pig, Frysmith, and Lomo Arigato. Previously, I have tried the Grilled Cheese Truck, the Buttermilk Truck, the Slice Truck, Don Chow Tacos, Kogi, Tacos El Gallito, Marked 5, Fishlips Sushi, and Barbie Q. 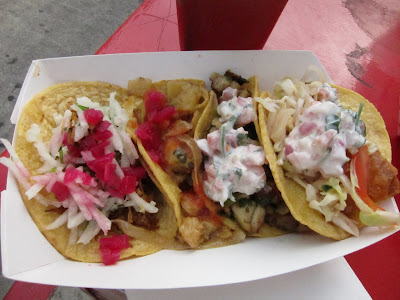 The Border Grill Truck was one of the first gourmet food trucks to hit the streets. From the people who created Border Grill, Street, and Ciudad. The "Too Hot Tamales", Mary Sue Milliken and Susan Feniger serve Mexican tacos, quesadillas, ceviches on their Border Grill Truck.

Mr. D and I tried some of their tacos, the special of the day Chilaquiles, and Churro Tots. We had the Yucatan Pork Taco with braised achiote pork, black beans, pickled onion, orange jicama slaw, the Cilantro Chicken Taco with tomatillo, creamy salsa fresca, Potato Rajas Taco with roasted potatoes, chiles, mexican cheeses, pickled onion, and the Crispy Baja Fish Taco with chipotle honey, creamy salsa fresca. I liked the Yucatan Pork taco with the sweetness of orange jicama slaw with the pork. I thought it was a great combination. I am also a big big fan of black beans. The other tacos were pretty good, though I didn't care too much about the Cilantro Chicken Taco - probably because it had too much cilantro for my taste. I did enjoy all the different sauces for each of the tacos. The churro tots with dulce de leche infused churros, cinnamon sugar, whipped cream was absolutely yummy. But it was a bit too creamy for us on the inside. We didn't expect it to be that creamy. But after thinking about it, it was still really good and I would order it again. The Breakfast Chilaquiles, sort of like nachos on steroids with a fried egg was the best thing. There was bits and pieces of chorizo and egg inside with the tortilla chips. The sauce and salsa made the chips more soggy, which was good, as it soaked up the juices. It was a fine little breakfast to go along with our tacos.

What to Order: Yucatan Pork Taco, any special item they may feature, and Churro Tots.
What not to Order: Maybe not the Cilantro Chicken Taco 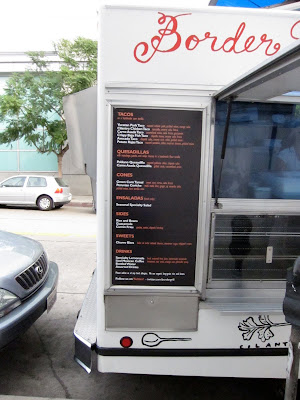 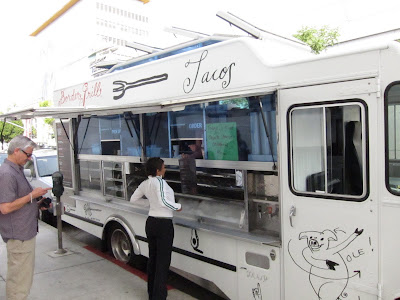 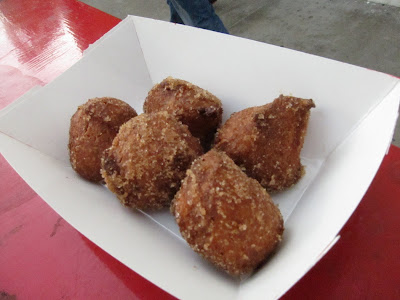 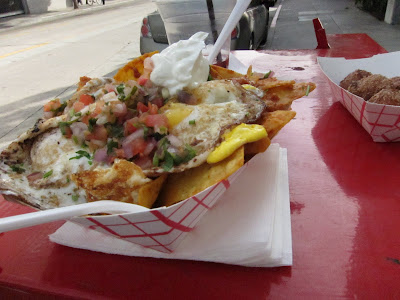